A step by step process to product development

Once you’ve got the perfect project idea, you are tempted to make everything work. Being inspired, you tend to do everything at once: to recruit a team, develop a product for all platforms, make promotional videos, advertise in all possible ways and much more, and what is the most important - do it all at the same time.

In reality, skills of organizing the working process and scaling the system can either save your project and make it successful or ruin it even before it is launched.

After all, how to distinguish a successful startup from a failure?

The attribute of a good startup is understanding that the product building is a complicated process that must be divided into some stages. Each stage result must be tested on the potential users and thoroughly analyzed. Quick decision making and the willingness to abruptly change direction in case of failure - they are the distinguishing features.

From 5 to 10 project development stages are usually defined, some of them are done one by one, some are done simultaneously. Generally, the development process looks like that:

Let's take a look at the startup development stages:

1. Forming an idea in written form

When a person expresses the idea on paper, thoughts become more structured, blind spots or issues worth considering are immediately seen.

While working on an idea, it seems that the product is unique and has no analogs - you may be surprised to find dozens of similar products in the App Store or Google Play.

If similar applications already exist on the market is it really necessary to leave the idea and search for something truly unique? We believe it is still worth continuing but only if you can answer the following 4 questions:

Who are your users?
Age, gender, location, what are possible cultural differences?

What do they like?
What is popular? What is in demand?

How will they use the product?
It is necessary to consider real-life situations when a person uses the product to complete a specific task. If the tasks are different - will it be convenient and understandable for potential users? Do you need such a multifunctional app?

What conditions will they use your product in?
What time of day will the users work with it? Sitting in the office or holding the phone with one hand in public transport? In a relaxed atmosphere or stressful (Health care, Auctions, etc.)?

UI\UX design stage
At this stage the designer develops the logic of the entire application to the smallest detail, it is based on the low fidelity prototype created during the creation of project documentation.

Architecture development stage
Once the UX is ready, you can begin working on the project architecture and cooperating with back-end developers. Together with the back-end, you should continue to work on the visual design - the creation of the UI.

User Testing stage
As soon as the prototype is ready, it should be tested on potential users to identify errors in the logic of the application: if the user understands the navigation within the application, if the accents are right, if the location of the controls is intuitively clear and if it is clear that these are controls.

Flaws fixing stage
After testing flaws in the UX or UI are identified - they must be eliminated before the front-end developer starts working, otherwise, the work will have to be done over again.

Repetitive User Testing
It is important that the stage of testing the prototype can be carried out several times according to the decision of the team, especially if global changes were made and it is necessary to revise the logic of the application.

Front-end & Back-end development stage
As soon as the product is tested and the UI is approved, it is transferred to Front-end developers.

Release
After the MVP of the product is ready - it is launched and the user demand is carefully studied. After collecting analytics and feedback from current customers - the product is improved. As the product improves, updates are offered to users and new marketing campaigns are conducted.

The MVP is not the last version of the product. It may be followed by many more releases, and it gives you room for a mistake. Nevertheless, it is important to remember that only a stable and well-organized system can be scaled to any size, so it is worth paying attention to the process at the beginning of your project life cycle. 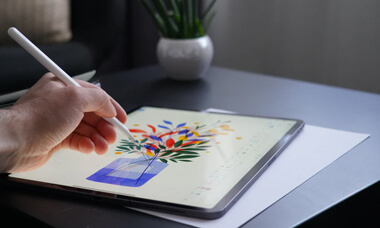 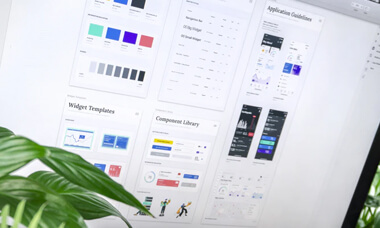 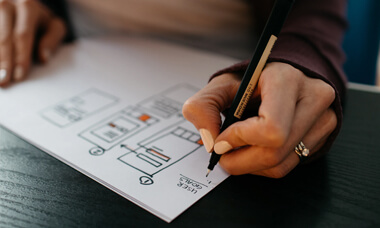 How to save your budget through the use of prototyping